The world system in the information age: structure, processes, and technologies 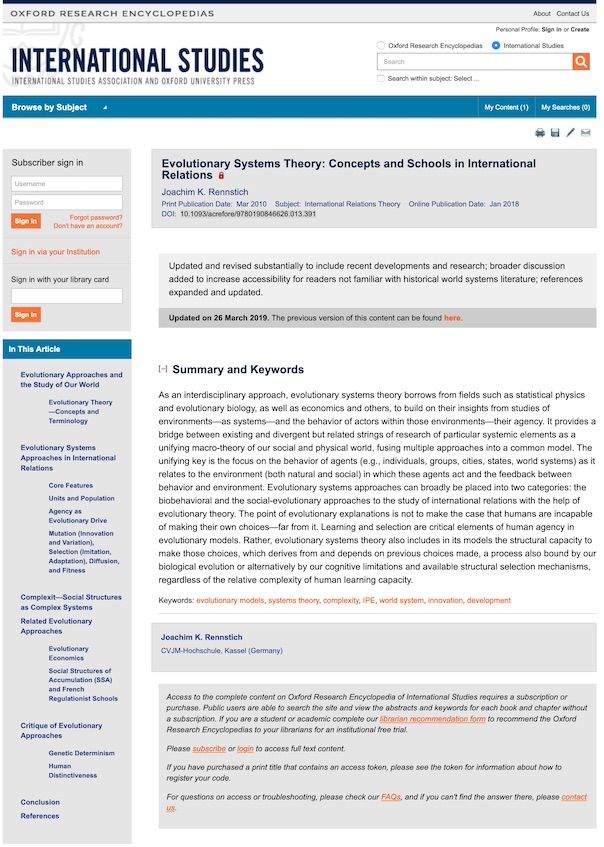 The new information age has the potential to not only alter the historical path of world system development as other socio-technological paradigmatic shifts have done, but to transform it substantially. One school of thought argues for a complete upending of past patterns with nation-states in their hierarchical alignment as the center core and periphery of power in this system. An alternative view instead argues that the regularized interaction that characterizes a world system may envisage a number of modes of production without altering its fundamental structure). The world system in this view is made up of a variety of complex intraorganizational and interorganizational networks intersecting with geographical networks structured particularly around linked clusters of socioeconomic activity. Information and carrier technologies based on new forms of information technologies and their connection to network technologies play a vital role in the long-term evolution of world system development characterized by both path-dependencies and major transformations that result from technological innovations. While digital information technologies significantly alter the processing and use of information as a central element of power and control within this network structure and therefore its network logic, they do not break the evolutionary process of world system development.