Chaos or reorder? The future of hegemony in a world-system in upheaval 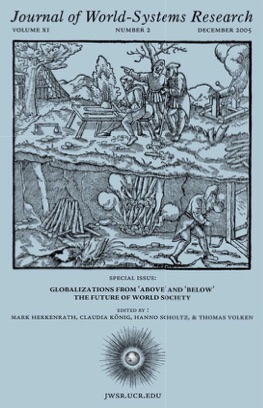 The latest resurgence of interest in the concept of hegemony and empire–both in the popular and academic realm–has been mostly the result of a change in perception of power, specifically its sources, application, and distribution. Here we argue that this can largely be explained as the result of the dynamic changes inherent in the process of global system formation. After a brief discussion of prevalent concepts of world⊖system development and its socio-political control, this work offers an evolutionary perspective to place current changes of power and its distribution in the dynamic long-term development of global system formation. It then presents alternative visions of the future development of political and economic hegemony. It concludes that a further rise in instability of global political power distribution accompanied by a likely challenge to existing distributional patterns has a high probability of occurrence.