The new economy, the leadership long cycle, and the nineteenth k-wave 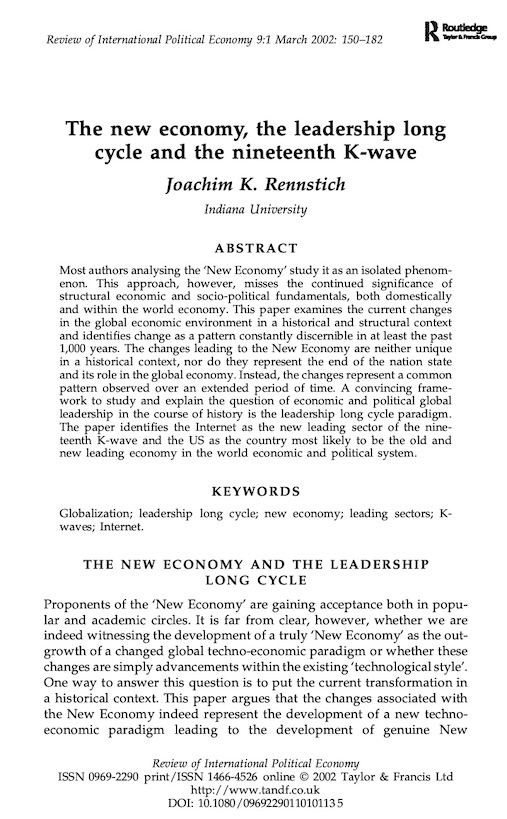 Most authors analyzing the ‘New Economy’ study it as an isolated phenomenon. This approach, however, misses the continued significance of structural economic and socio-political fundamentals, both domestically and within the world economy. This paper examines the current changes in the global economic environment in a historical and structural context and identifies change as a pattern constantly discernible in at least the past one thousand years. The changes leading to the New Economy are neither unique in a historical context, nor do they represent the end of the nation state and its role in the global economy. Instead, the changes represent a common pattern observed over an extended period of time. A convincing framework to study and explain the question of economic and political global leadership in the course of history is the leadership long cycle paradigm. The paper identifies the Internet as the new leading sector of the nineteenth K-wave and the United States as the country most likely to be the old and new leading economy in the world economic and political system.