The Making of a Digital World 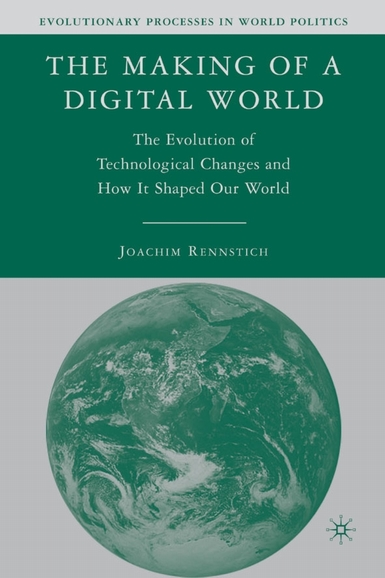 Providing a unique, empirically based perspective on the past and future development of globalization as a long-term process emerging in different parts of the world, this book puts current changes in a historical context in a systematic fashion, unpacking the global political, economic, social, and cultural implications of this change. It traces the resemblance of past commercial networks with emerging digital networks and contrasts them with industrial production systems.

This book offers a unique perspective on current social changes changes on a global scale. Describing globalization as a long-term process of intertwined technological, economic, political, and cultural changes, the author identifies distinct phases in the global system development, and concludes that the pattern of change continues even with the rise of new digital technologies.

Making of a Digital World develops a model of world system development as a complex adaptive social system that takes into account past historical trajectories as well as possible new developments with a special focus on the rise of the digital infosphere as a new global “space domain.”

Videos from a Q&A session with management students in Brazil.

“Its clear and engaging style, coupled with its unique empirical analysis of theory, makes this book worth a read for anyone interested in globalization theory and political economics.”

Read the full review at ISR.

Buy the book on Amazon.com, Amazon.de or get it directly from the publisher

The making of a digital world: the evolution of technological change and how it shaped our world